You are here: Home / Ideas / 16 Wonderful Deck Skirting Ideas to Try at Home 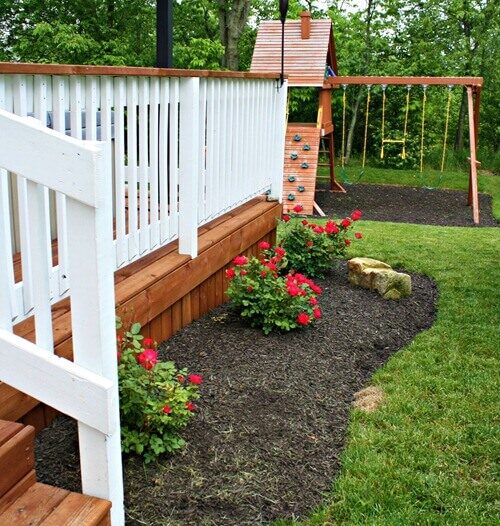 A deck is not complete without a skirting. Other than being functional, a deck skirting can be aesthetical as well. If you are looking for deck skirting ideas, we got some awesome ideas here that you can try.

Don’t worry. Making a deck more interesting is not always involving difficult things to do. On the contrary, some of our ideas are quite simple, as you will see shortly. Let’s start.

If you choose a light brown color, you can also add a few greeneries to the railing and skirting. The contrast between the colors will add more interest to the deck.

Finished Deck Skirting under the Stairs

The skirting can be arranged in a horizontal or vertical way. For a high deck with stairs, arranging the skirting horizontally looks more attractive than arranging it vertically. The vertical arrangement suits a ‘low’ deck better.

This is the opposite of the previous example. While the deck also includes stairs, the deck skirting is arranged vertically. Does it look good? Yes, it does. Just take a look at the picture. Since the deck is low, a vertically-arranged skirting suits it better.

Also, note the color used in the example above. The color of the skirting is the same as the railing. So if you have a low deck with stair, consider painting it with the same color as the railing.

Who says the deck skirting must be bland and not decorated? You can decorate it. For instance, you can attach a pot or two greeneries on it. This works nicely if you have a small garden below the deck. It doesn’t have to be difficult. One or two pots are enough to decorate the deck skirting and make it more interesting.

If you want to try this idea, be sure that the skirting is capable of supporting any pot you hang on to it. Also, be sure that you hang the pot(s) in a reachable place so you can water them easily.

Having an ‘island’ deck is nice. Having pieces of patio furniture on the ‘island’ is even better. Who doesn’t want a deck like the above? In terms of deck skirting, the skirting is arranged vertically and is painted a bit darker than the rest of the deck.

Notice the somewhat incomplete railing as well. All of the deck parts really blend and complement each other well. In case you need ideas for your deck railing, here we also have some deck railing ideas. Be sure to check them out.

Shed Under a Deck

Unlike our previous deck skirting ideas, this idea is rather unique. How could it not? Instead of using appropriate materials to decorate the skirting or using them to hang pots, you create a simple shed out of it. This is a good idea if you need extra room for whatever purposes.

What do you think about the deck above? Very interesting, isn’t it? Well, if you want to replicate, you will need the following

Notice that the stairs leading to the deck are rather narrow and low. Not only that, but the skirting is also designed appropriately, allowing it to complement the overall look of the deck. Unlike the previous deck skirting ideas, this one is a bit difficult. Is it worth it? Very.

The thing about the deck skirting is that it should be both functional and aesthetical. Functionally, skirting is used to cover the ugly structures underneath the deck and keep out critters from accessing the deck.

Aesthetically, it has to be able to at least complete or better yet, complement the look of the deck. The skirting above is a good example of a functional and aesthetical deck. The skirting is not airtight, so it allows the air to move in and out of it.

Proper lighting will be a nice addition to a deck. In case you need inspiration, you can check out our deck lighting ideas.

In general, deck skirting should provide good ventilation and at the same time, keeping things out (leaves, critters, dirt, and so on) from entering the space underneath the deck. It doesn’t have to be always like that, though. There are exceptions.

Deck skirting does not have to be finished. Sometimes, an unfinished deck skirting can be as stunning as finished one. The lighter color of the skirting is contrasted to the darker colors of the deck above, creating an amazing look.

This kind of deck skirting is also a good idea if you have a high-level deck and need proper ventilation for the area underneath. The space between the wooden boards is not tightly knit, leaving some room for air to move in and out.

Next in our deck skirting ideas list is white lattice skirting. A lattice is a perfect option if

the area underneath the deck requires proper ventilation

the area underneath the deck needs to be covered to prevent leaves, critters, and dirt from entering it

Of course, it doesn’t have to be all functional. There is also the aesthetical reason as well. For instance, you can also choose a lattice with unique patterns for the deck skirting to make it more interesting.

This is another example of simple skirting in our deck skirting ideas list. Note that the skirting looks very simple with no decoration at all. It is mostly functional and yet, still looks nice.

If you are all about style, you may want to try a ‘hollow’ deck skirting like one in the picture above. The skirting is less visible, unlike the previous examples in our list. Due to this, the focus is put on the deck above, which is great if you have a very interesting deck.

What you need to keep in mind is that this deck design may be less effective if you want to prevent leaves, critters, or dirt from entering the area underneath the deck.

What if you have a deck railing made of unfinished wood? What kind of skirting should you use in that case? Well, why not use unfinished wood boards to be the skirting? That will certainly look great. If you don’t believe it, just take a look at the picture above again.

Since both of the railing and skirting are made of unfinished wood, they blend as if they are one part, instead of two. 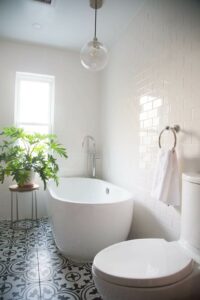 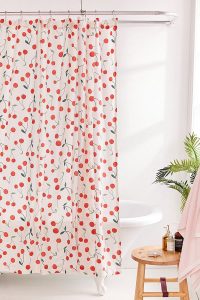 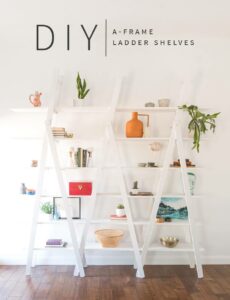 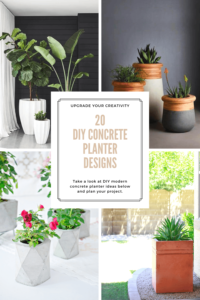